A collection of maps associated with the Digital Derg Deep Map. 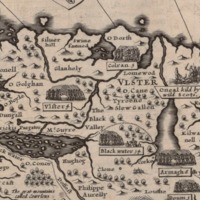 A map of the topography and military activity in Ireland 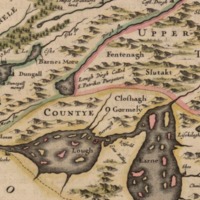 The Province of Ulster 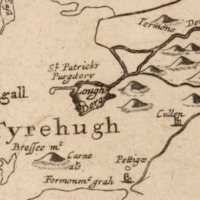 A detailed map of Ulster by William Petty, 1685

Provincia Ultoniae. The Province of Ulster 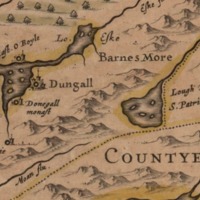 The invasions of England and Ireland performed by John Speed, graven by Renold Elstrak 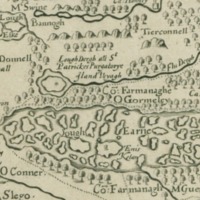 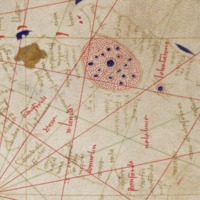 This chart, from an atlas by an unknown chartmaker probably working in Venice, shows an awareness of most of the eastern and southern coastlines of the British Isles stemming from voyages of Venetian galleys to the area since 1300. 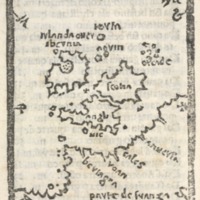 This is a map of the British Isles. It is a wood cut and is by the Venetian Pietro Coppo. 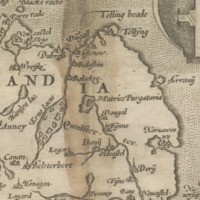 This map of the British Isles is by Gerard De Jode

Map of Ulster with "Escheated" Counties, 1609 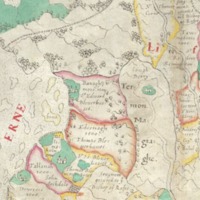 This is a map of the six "escheated" counties of Ulster.

A Coloured Map of Great Britain and Ireland; Drawn on Vellum, in the period 1534-1546 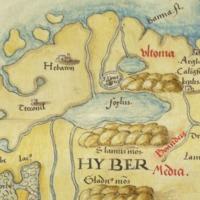 A map of the British Isles dating from the period 1534-46 and by an unknown draughtsman.
View all 10 items